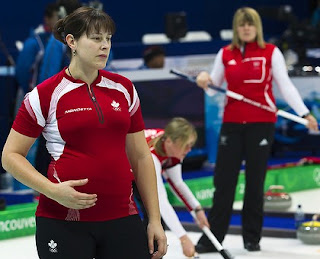 I am ready to blossom with new life! 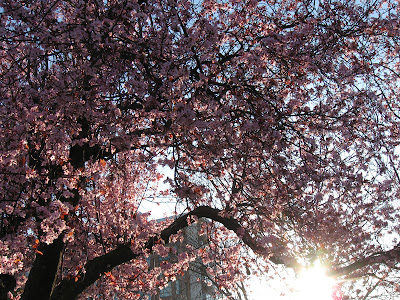 There is just something magical about the very beginnings of spring ~ birds can be heard just before dawn, crocuses and daffodils slowly make their way into the sun, and one day suddenly blossoms are everywhere! This was taken yesterday while taking my daughter to school and was too lovely not to share. Reach deep into the earth, feel the sun and prepare to blossom with new ideas or new life...

In Old English, most Germanic, Norse, Dutch, Japanese, Korean and in many other languages, the word Monday literally means Day of the Moon. Monday is traditionally for new beginnings, healing and the feminine mysteries. Thus, I've decided to devote the blog entries on Mondays to all things Moonwise...

Moonwise Mondays will offer ideas for embracing and celebrating your cyclic nature, nurturing yourself, tracking your fertility signs, and following as the moon waxes and wanes. One of the greatest gifts we can give ourselves & our daughters is a healthy, positive attitude towards menstruation.
Are you in tune in the moon?

This wonderful and silly, and at the same time mostly serious poem can be found all over the internet, yet no one has claimed authorship. If you wrote this, thanks so much for all the smiles. I love Dr. Seuss and so I share it here. Enjoy!

I would nurse him in the park,
I would nurse her in the dark.
I’d nurse with or without a Boppy.
Floppy boobs will never stop me.

Can you nurse with your seat belt on?
Can you nurse from dusk till dawn?
Though she may pinch me, bite me, pull,
I will nurse her `till she’s full!

As for those who protest lactation,
I have the perfect explanation.
Mommy’s milk is tailor made
It’s the perfect food, you need no aid.

Some may scoff and some may wriggle,
Avert their eyes or even giggle.
To those who can be cruel and rude,
Remind them breast’s the perfect food!

I would never scoff or giggle,
Roll my eyes or even wiggle!
I would not be so crass or crude,
I KNOW that this milk’s the perfect food!

We make the amount we need
The perfect temp for every feed.
There’s no compare to milk from breast-
The perfect food, above the rest.

Those sweet nursing smiles are oh so sweet,
Mommy’s milk is such a treat.
Human milk just can’t be beat.
I will nurse, in any case,
On the street or in your face.

I will not let my baby cry,
I’ll meet her needs, I’ll always try.
It’s not about what’s good for you,
It’s best for babies, through and through.

I am in tune with my body and my baby.

Are you listening to your body? What is it trying to tell you? Not quite sure? Then take a two-minute retreat from your day and listen, really listen. If you can, sit down somewhere comfortable and close your eyes. Breathe in slow and deep... breathe out just as long. Relax and try to quiet your stray thoughts. When you're ready, do a quick self-check of your body from head to toe. Are your feet sore? Are you hungry? Do you need to go outside? See something beautiful? Do you need a mental break from what you are doing? A physical break?

Sometimes women find it easier to sit down, close their eyes and ask their baby what they need. "What do you need right now, little one? Spinach salad with strawberries, red onions, feta and raspberry dressing? A tummy rub? A nap with your mama?"

I am already a good mother to my baby.

As a pregnant woman, you have already started to make decisions for you and your baby. Everything from choosing a care provider to what you had for breakfast this morning. As birth approaches, take a few minutes now and then to reflect on how far you've already come on your journey to motherhood. Trust those developing instincts. One decision at a time. You are already a good mother...

Shh... my baby is listening.

Pregnant mamas often find themselves the target of someone else's advice about pregnancy, labor and child rearing. The sight of a baby bump often compels complete strangers to share their stories of labor and birth, much of which dwells on the negative. If someone is telling you their story, feel free to interrupt them and say, "Shh... my baby is listening. Positive stories only, please..."

I am a birthing goddess!

What a simple and empowering statement. Giving birth has always been seen as a mystical, yet everyday miracle. When we are pregnant, we are the co-creators of life - the closest we will ever be to divine on earth. Claim your power. Claim your birth. You are a birth goddess...

The moon is waning, and early tomorrow morning will be the New Moon. These last few days are known as the dark moon - a time to rest and reflect, to plant seeds of change, to ponder and start anew. My menstrual period will begin in a day or so, I've already started to spot and feel the need to nest and rest, and make comfort foods.

Like many women, I crave chocolate during this time of my cycle and after some experimentation, I came up with this recipe which combines chocolate with traditional PMS helpers. By the way, you  do know what PMS really stands for, right?

Combine the soy milk, infusion, raspberries & banana in a blender and blend until smooth. Add more liquid if you like it thinner. Pour into a glass and garnish with dark chocolate shavings.

Soy contains isoflavones which are thought to balance estrogen levels. Red raspberry leaf infusion is an overall uterine tonic, and nettle is good for water retention among other things. Raspberries and bananas contain vital nutrients for overall health, and dark chocolate is well,  heavenly!

Enjoy and remember to pamper yourself as often as you can!

* To make nettle or red raspberry infusion, I use a 20oz canning jar and put in about 3 TBS of herbs. Fill with boiling water, put the lid on and steep for 4 hours. Strain and drink as desired.

I choose a gentle way for my baby to enter the world.

No matter what kind of birth you envision, and no matter how you give birth, you can give your baby a gentle to start to life. Have the lights turned down. Ask people to speak in quiet voices. As soon as you can, cuddle your baby to your chest and whisper softly in her ear... "I'm so happy to finally see you. I get to be your mama. Welcome to your life..."

I create the perfect milk for my unique baby.

Your body is amazing. Not only do you produce nourishing milk for your baby (or babies!), but that milk is ever changing, adapting to the needs of your infant. When your baby is having a growth spurt, she'll nurse more and you'll produce more milk. If he's sick, you'll make custom antibodies to help fight that particular illness. Yeah for yummy, yummy, mummy milk...

"Giving birth is priestess work; it requires a woman to pass through a painful and dangerous initiation in which she journeys to the threshold between worlds and risks her own life to help another soul cross over."

This is one of my favorite birthing quotes, because it equates birth as a spiritual journey and as an initiation. When women truly surrender to the birthing process during active labor and transition, they often enter a trance-like state where nothing outside the process exists. It's amazing to witness, and absolutely empowering to experience! Birth is such a sacred moment. Not only is there the birth of a new life, but also the birth of a new mother.

My baby knows exactly when to be born.

It's never harder to wait than when you're nine months pregnant and your due date is approaching or has come and gone! But, your baby may not be finished with her time in the womb quite yet. It's warm, intimate and comfy in there. So try and keep yourself busy, sleep when you can and enjoy the last few days you have your baby all to yourself. Trust your body and trust your baby...

I love my blossoming belly!

Your belly cradles, protects and nurtures your growing babe - it's beautiful. There are so many ways to honor and celebrate your baby belly. Try taking a picture once a week, in the same pose. Gently massage your belly with a belly oil or lotion daily - it may not prevent stretch marks, but it feels great and does help with itchiness. Choose clothes that emphasize that luscious belly, and make you feel good. Remember you are a fertile goddess...

I am ready for my new path as a mother. I will embrace the change.

The passage from maiden to mother is one of the most tremendous changes in a woman's life. And going from a mother of one to two, three or more is just as important. Finding your own individual way on the path starts during pregnancy... there are so many directions and only one of them is uniquely yours. Trust your instincts, be open to new experiences, and eventually you'll find your way...

I bless my belly, which cradles new life. I bless my baby, safe & warm within.

Everyday when I was pregnant with my youngest, this was my daily bellyblessing. You could say it as you greet the morning, or just before you go to bed. Or, if you're using a belly butter or oil ~ my favorite was just plain, unrefined cocoa butter or Earth Mama Angel Baby's Earth Mama Body Butter ~ say the blessing as you rub your growing belly and give your baby a hug...

I trust my inner voice; she is a worthy ally.

Mother's intuition develops during pregnancy. Your inner voice has always been there, yet somehow it changes and you are more able to feel and act upon what she is telling you. Listen to her, for she has the wisdom of your foremothers...

As I nurture new life, I nurture myself. I will take some time for me.

I know it's hard to find time for yourself. Sometimes the only time I have to myself is a few minutes in the washroom, and occasionally thanks to my toddler, not even then! But, even if it's only for a few minutes after you've climbed into bed, take a minute or two, breathe in deeply, breathe out the tension and just be...